Connected to beliefs in protection and fertility, traditional Ukrainian stitch work is generally similar, but does take on distinct variations from region to region. While red and white are the most predominant colors, some regions will combine up to nine or more colors to create rich vivid patterns. Apart from colors, variations in color schemes, type of stitch and geometric motifs create a diverse, yet recognizable, national style.

Wood carving is one of the chief branches of the decorative and applied arts in Ukraine. For many centuries the common people carved wooden plates, spoons, bowls, canes, furniture, cards, sleds, gates, beams, and gables and decorated them with designs organically linked with the practical function of those objects. Richly carved crosses and three-armed candlesticks played an important role in family and religious rituals. The carving of iconostases and church objects, which flourished particularly in the 16th and 17th centuries, was distinct from the popular form of the art. It was mostly thematic and large-scale, and its ornamentation, unlike folk ornamentation, was mostly floral and done in relief. Very few examples of pre-19th-century carving have survived. In the 19th century the influence of larger market forces was profound: carvers began producing purely decorative objects, and middlemen, who organized the distribution of such objects, began demanding new and alien designs. Under Soviet rule wood carving was a highly organized handicraft industry, supported and exploited commercially by the state.

Because of its remoteness, its forest resources, and the artistic talent of its inhabitants the Hutsul region has been by far the leading center of wood carving in Ukraine. The distinctive, traditional Hutsul style was developed further in the 19th and 20th centuries by master carvers. The ornamentation of Hutsul wood carving is flat-carved and geometric. It is enriched with inlays of colored wood, bone, metal wire, mother-of-pearl, and beads. The works of contemporary Hutsul masters has been sold throughout the world.

In central and eastern Ukraine, folk designs are flat-carved with mostly geometric (rosettes, zigzags, and semicircles) and occasional floral motifs. The incisions are deeper, and the relief is higher. The folk tradition of the Poltava region was popularized in the 19th century. In the 20th century a number of folk masters turned to thematic carving. 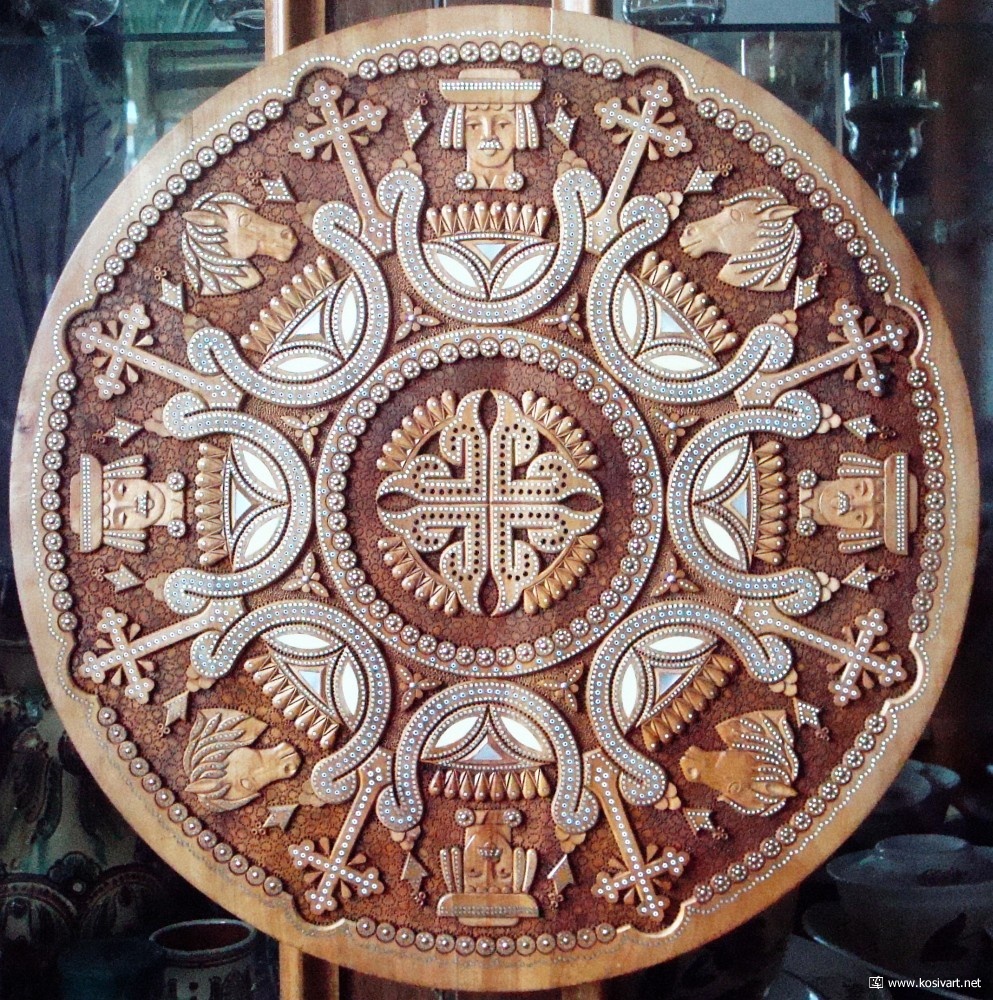